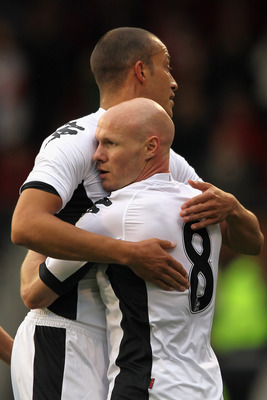 Martin Jol will probably field Orlando Sa up front again on New Year’s Eve as he believes Bobby Zamora and Andy Johnson are likely to miss the trip to Norwich.

Sa led the line during the Boxing Day draw at Chelsea after Fulham’s two England strikers pulled out with injuries. Jol had been hoping that Johnson, who has a groin strain, would have been fit enough to return, but now believes both the 30 year-old and Zamora, reportedly still troubled by an Achilles problem, will not be available for selection. The pair have been both been heavily linked with moves away from Craven Cottage in the January transfer window.

Winger Damien Duff, who has also been rumoured to soon to be on his way out, is also expected to miss the Carrow Road clash through injury which may give exciting teenager Kerim Frei another chance to impress.