Kelly ready to seize his chance 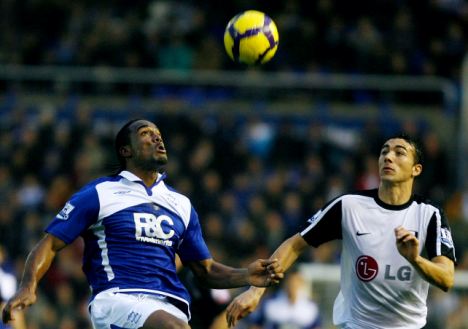 Fulham full back Stephen Kelly is keen to make the most of an opportunity to nail down a first-team place after Zdenek Grygera’s unfortunate injury.

The Czech defender will be out for at least six months after rupturing his anterior cruciate ligament against Tottenham last Sunday and Kelly, who replaced him as a second half substitute, is ready to take his chance. The 28 year-old, who has impressed when filling in at right back this season, hopes to build on his outings in Europe so far.

The Europa League has given me the chance to play and put myself in the window to show what I can do.

Hopefully that will continue on to the Premier League. The games I’ve played, against Manchester City and Blackburn, I felt they were two of our best performances, so to be able to perform at that level is great.

Any game I’m getting I’m just trying to show what I’m capable of doing.

Kelly’s immediate focus is on helping the Republic of Ireland to their first major championships since 2002. Kelly and his Fulham team-mate Damien Duff are likely to line up for the Irish against Estonia tonight in the first leg of their Euro 2012 play-offs.

These games are huge for our country. Getting to the Europa League final with Fulham was amazing, but to get to a major tournament with our country would be fantastic.

I’ve spent my whole life watching Ireland, so to have a chance to go there myself would be amazing. The country’s in a bit of a bad way so qualifying would give everybody a boost