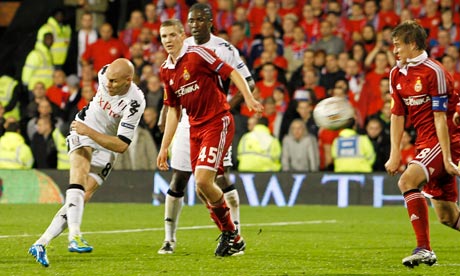 According to the Daily Star, Andy Johnson and Fulham are close to agreement over the striker’s new contract.

The parties have been in negotiations for some months now and Fulham had initially been resisting the 30 year-old’s demand for a three-year contract. Martin Jol was sticking to the two-year deal that Fulham had already offered, but appears to have been persuaded by Johnson’s fine form since he has returned to the first-team. The former England international has scored 11 goals in 19 games, including a fine brace against Wisla Krakow in the Europa League on Thursday.

The Star quotes a ‘club insider’ as saying:

Martin was holding out but Andy’s season keeps getting better. It looks like he’s earned an extra year. The deal will be on the table before long.