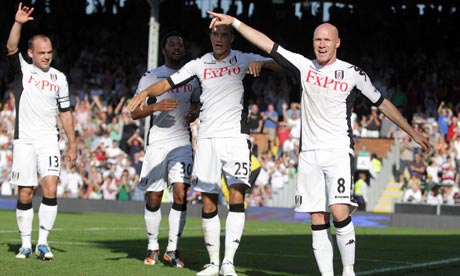 Fulham’s 6-0 thrashing of QPR has been selected as the F&C Thames River Performance of the Week by a panel of leading managers.