No Zamora bust up, says Kelly 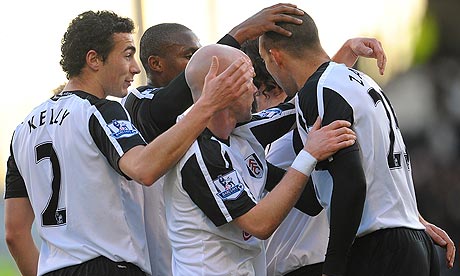 Stephen Kelly has rubbished press reports of a row between Bobby Zamora and Martin Jol and underlined the striker’s importance to Fulham.

The Republic of Ireland international says the Cottagers should do everything they can to keep the England striker at the club – insisting he’s so vital to their plans.

Bobby’s huge for us. He’s such an outlet and brings others into the game. A lot of our football is played around him and getting shots off his link-up play.

He’s an important player for the team, and it showed in the first-half of last season and for a couple of games this year when he’s been missing. But we’ve bought a couple of players who have done well, and I’m sure with the way the manager rotates things sometimes others will play ahead of Bobby.

I’ve not seen any bust-up – I think it’s just stuff in the press. The manager’s keeping things fresh and changing things to keep everyone on their toes.

It means every game is a new team out there looking to impress. It only adds to the competition.