Fulham are fearless at the Cottage, says Schwarzer 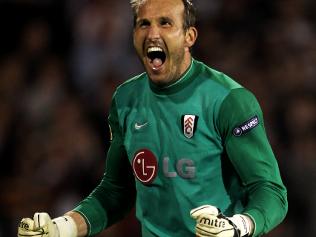 Mark Schwarzer says Fulham fear nobody at Craven Cottage thanks to their outstanding home record.

The Whites grabbed a rare away win at Wigan yesterday, but their ten years in the top flight have largely been built around their performances at home. Only Everton have won at the Cottage this season and Fulham avoided defeat against three of the top four at home last season, so there is plenty of logic behind Schwarzer’s confidence. The Australian goalkeeper, who also covered his international future and the emergence of David Stockdale in a wide-ranging interview, told Talksport:

That [Fulham’s home record] has been the case ever since I have been at the club, whoever came to play us at Craven Cottage we’ve always felt we were in with a chance.

That’s the way football is and over the last three seasons we’ve caused quite a few upsets with the bookmakers’ favourites.

We don’t fear anyone, there are some teams out there with fantastic players and you’ve got to show teams the utmost respect but anything can happen and we give ourselves every opportunity of getting a result.