Riise focuses on the positives 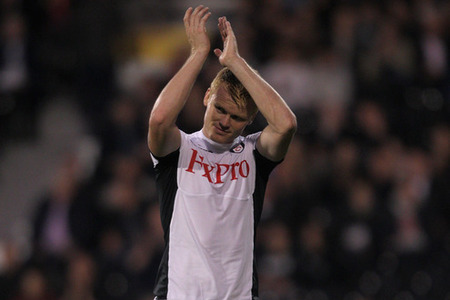 John Arne Riise was pleased with his Premier League debut for Fulham – if not the result – describing their performance during the draw with Aston Villa as ‘positive’.

The Whites opened their league campaign with a goalless draw against Alex McLeish’s side and Riise spurned one of the better chance by shooting over from the inside the box during the first half.

The second-half was better for us, we sensed that we could have perhaps taken something. But at the end of the day Villa are a very good side and it was a decent game.

When you break it down it was a positive performance, and we have to be happy in keeping a clean sheet. We may not have taken all of the points but at the same time we did not lose – that was very important because no team wants to start the season with a defeat.

It was great to be back [in the Premier League], I had missed it. For me, this league is the best in the world. I’m very thankful for the club for giving me the opportunity.

Hopefully we can have a successful season and I’m very much looking forward to what lies ahead. There’s a lot of football to be played, but we’re all excited about the possibilities. This is a good team and I’m very much enjoying being part of things.