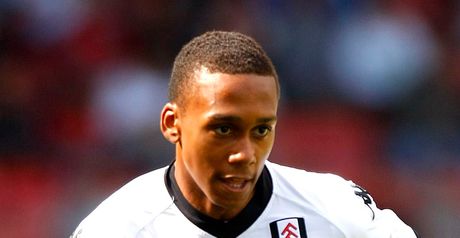 Fulham midfielder Keanu Marsh-Brown has moved to Dundee United on a five-month loan.

The 19 year-old becomes the second Fulham player to make the temporary move to Tannadice in the space of a week, following in the footsteps of young Finnish striker Lauri Dalla Valle. Marsh-Brown’s loan will initially run until the end of January, although United have an option to extend it until the end of the season.

Marsh-Brown joined Fulham from Arsenal’s academy but despite being a highly-rated member of the youth team has yet to make a first-team appearance. He spent the second half of last season at MK Dons, making 19 appearances and scoring twice as they reached the League One play-off semi-finals.

He is a midfielder who can also do us a turn in defence if required. With his pace and willingness to take on defenders, he gives us yet another option in wide areas and should also excite our fans. I am thrilled to have added him to our playing squad.