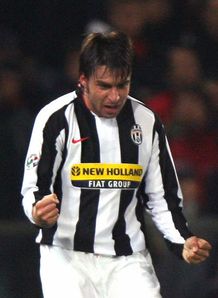 Zdenek Grygera is poised to leave Juventus for Fulham and is expected to have a medical in London this weekend.

The Czech defender has told CTK that he’s excited at the prospect of moving to England:

Hopefully it will come out well. I take Fulham as a big call and will experience another top league. The Premier League is probably the most followed competition at the moment and I am tempted by the prospect of being a part of it.

This spell can teach me a lot as a footballer as well as a human being. I will come to know a different mentality and learn another language. The same goes for all my family.

It is not easy for me to be leaving Juventus. Juventus is Juventus and, moreover, I have come to love Italy.

But the situation there has developed in recent weeks that I would hardly make it into the nomination of 18 or 20 players. I have decided to leave and Fulham are an excellent option.

The versatile 31 year-old defender can play right across the back line. Whether Grygera’s arrival hastens the departure of Chris Baird, rumoured to be a target of Roy Hodgson’s at West Brom, remains to be seen.