Fulham line up move for Zaha 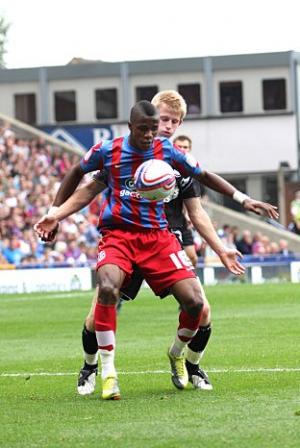 The Sunday Mirror claims that Fulham are about to make a £5m offer for Crystal Palace forward Wilfried Zaha.

The England under-19 international has been linked with a move to Fulham before but a whole host of leading clubs are also interested in signing one of the Championship’s brightest talents. Martin Jol is rumoured to be ready to make a big bid in an attempt to see off competition from the likes of Liverpool and Stoke.

Zaha, who was named Palace’s Young Player of the Year last season, made his Eagles debut against Cardiff in March 2010. He has quickly established himself as a key member of the Palace side and his started the new campaign in excellent goalscoring form. The 18 year-old helped to turn the game as a substitute against Coventry, making two goals as Dougie Freedman’s side came from behind to win, and scored both in Palace’s Carling Cup win over Crawley. He has made 51 appearances for the Selhurst Park club, 23 of them as a substitute, scoring three goals.

The Mail on Sunday also carries the same link, although they value Zaha at just £2.5m.