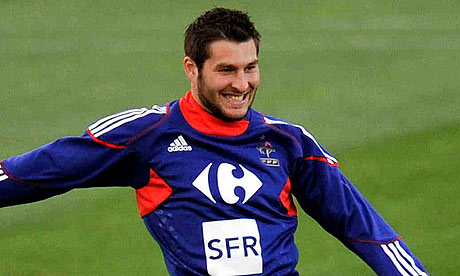 The Daily Mail are reporting that Fulham are close to concluding a loan deal for French striker Andre Pierre Gignac.

The 25 year-old has struggled since joining Marseille from Toulouse in a £16m deal last year. The 6ft 1in forward scored eight goals in 30 league appearances for l’OM last season but has been replaced by Loic Remy and Jordan Ayew in the Marseille starting line-up. He has made just two substitutes’ appearances this season and was sent to an Italian health centre after returning to training overweight having injured his groin.

Gignac scored 34 goals in 98 appearances in his three years at Toulouse, finishing the 2008-09 as the top scorer in Ligue 1. He managed eight league goals in 2009/10, despite missing most of the second half of the season through injury and having endured a eight game scoreless streak at the start of the campaign. Marseille have grown impatient at the French international’s failure to replicate this form with them and are keen to send him out loan, with potential suitors expected to pay part of £60,000-a-week wages.