Fulham in fight for Pedro Leon 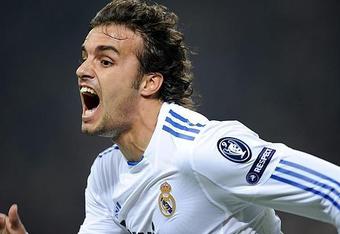 According to the Sunday Mirror, Fulham are one of three Premier League clubs battling to sign Pedro Leon on loan.

The winger is set to leave Real Madrid after failing to gain first-team football under Jose Mourinho. He made just ten appearances last year after signing from Getafe for £8.74m in August, scoring in their Champions’ League draw with AC Milan at the San Siro. Both Chelsea and Hercules tried to sign the 24 year-old on loan last season but had their offers rejected.

Spanish speculation suggests that Leon is keen on a move to England, although he will discuss his long-term future at the Bernabeu with Real officials before agreeing to a move. Fulham will face competition from Everton and Aston Villa to sign the right winger.