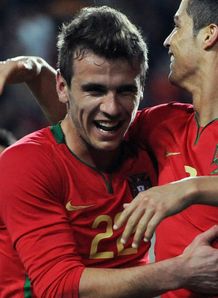 Fulham have confirmed the signing of Porto striker Orlando Sa on a free transfer.

The 23 year-old forward began his professional career with Braga and has also played for Maria Fonte and Nacional on loan. Sa made seven appearances for the Portuguese under-21 side, scoring seven goals, and has one cap for the national side, which came against Finland in March 2009, when he came on as a substitute for Hugo Almeida. He has signed a three-year contract with Fulham.

I am happy to have completed my transfer to Fulham and the Premier League today. This is an enormous opportunity for me and I’m looking forward to joining the team and entering the next phase of my development.

It’s a wonderful challenge for me and I am keen to bring my qualities to Fulham and the Premier League.