Stockdale to go out on loan 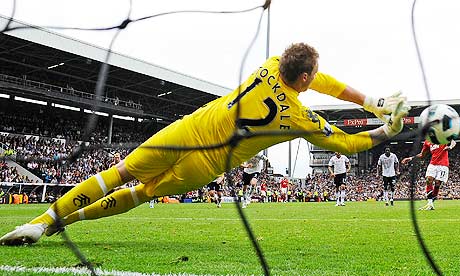 New Fulham goalkeeping coach Hans Segers has confirmed that David Stockdale will be loaned out after Fulham completed the signing of Hungarian goalkeeper Csaba Somogyi.

Segers, who joined Martin Jol’s backroom staff at the end of June, said that Somogyi impressed during a week’s trial at Motspur Park.

Somogyi’s signed for us now. I had him on a five-day trial and he made a very good impression. That means we can lend David Stockdale out because he needs to be playing every week.

It’s a big step up for Somogyi because he was playing in the Hungarian second division but he’s a very good goalkeeper.

Stockdale is expected to join a Championship club, believed to be Leeds United, next week.