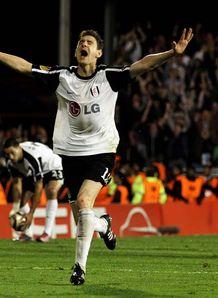 Zoltan Gera has rejected a new contract with Fulham and is expected to sign for West Brom next week.

The Hungary captain had been expected to leave Craven Cottage this summer after struggling to feature for Fulham during Hughes’ ten months in charge. New manager Martin Jol attempted to retain Gera by offering him a contract extension on a lesser wage, but the midfielder opted to leave. Gera preferred to link up with Roy Hodgson, the man who brought him to Fulham on a free transfer in 2008, at the Hawthorns.

After a disappointing start to his first season with the club, Gera became a popular figure with the Fulham fans. He was chosen as the club’s Player of the Year for 2009-10, largely on the back of his outstanding exploits in the Europa League, which included the winning goal in a dramatic semi-final win over Hamburg. Gera made 122 appearances for the Whites – his last saw him sent off against Arsenal – and scored 17 goals.

He is due to have a medical with West Brom, with whom he spent four happy years before moving to London, next week having rejected offers from a number of European clubs.