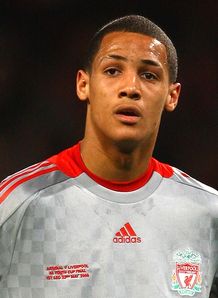 Sky Sports are suggesting that Fulham have agreed a fee of £250,000 for Liverpool youngster Thomas Ince.

Ince, the son of the former Liverpool and England international Paul, has also been linked with a loan move to Championship side Blackpool. The 19 year-old has just made one first-team appearance for Liverpool as a substitute in their League Cup defeat to Northampton last season and spent three months on loan at Notts County, managed by his father.

Ince, who can either play as an attacking midfielder or out wide, has impressed with Liverpool’s youth and reserve sides. Reports suggest that two other Premier League sides are also interested in signing Ince, who could become another Liverpool youngster to join Fulham in recent years after the arrival of Chris Buchtmann, Lauri Dalla Valle and Alex Kacaniklic.