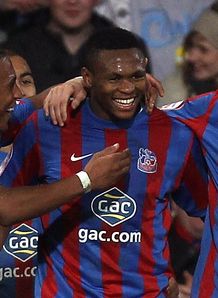 Crystal Palace are planning to revive their interest in Fulham’s Kagisho Dikgacoi over the summer.

The South African international made 13 appearances for the Eagles during a loan spell last season that helped Palace retain their Championship status. Dikgacoi, who played just once for Fulham under Mark Hughes, has already voiced concerns about his future at the Premier League club and assistant manager Lennie Lawrence says Palace will enquire as to whether they may be able to sign him on a permanent basis.

KG at Fulham is one we are looking to get back here. We are keen and will look to do something when the teams come back in July.

Things are complicated slightly by the fact that Fulham are now in the Europa League which may mean they want to keep hold of him.