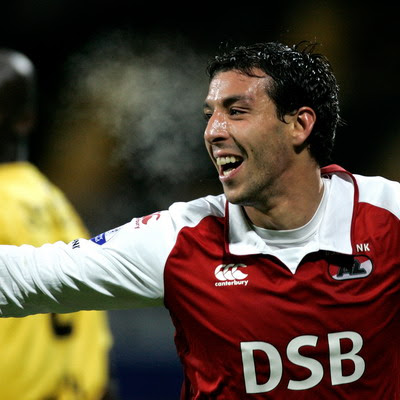 The Fulham manager had been widely linked with a return to his former club to sign the Moroccan international, who has been told he has no future with Ajax. But Jol has insisted that he is happy with his current striking options and has played down any deal for the 26 year-old.

I’ve got, for example, Bobby Zamora, who, if he played for another team, you would be interested in him as a No.9. I’ve got Andy Johnson, I’ve got [Clint] Dempsey playing on the left, but he can play in the spine as well.

I’ve got [Moussa] Dembele, so I’ve got four players there in these two positions. And there isn’t any club coming in for our players, so I’m very happy with them. Mounir is a very good player, one of the best finishers I’ve seen, but as the situation is now, I’ve got four strikers.