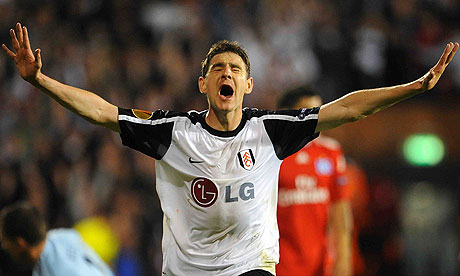 Zoltan Gera’s planned return to West Brom has been thrown into doubt after a medical uncovered a medial knee ligament tear.

The Hungarian captain had been expected to be reunited with Baggies boss Roy Hodgson, who took him from the Hawthorns to Fulham in 2008, in a free transfer that had been finalised whilst Mark Hughes was still in charge at Craven Cottage. But the results of a medical – and a suggested minimum recovery time of two months – mean that the deal may now be off.

In a further twist, Martin Jol is reportedly keen to keep Gera, who starred during Fulham’s run to the Europa League final in 2010, at the club.