Kamara’s off to Turkey 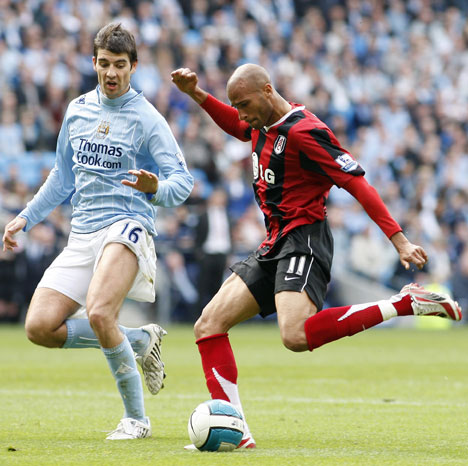 It had been widely known for a while, even when Mark Hughes was still in charge at Fulham, that Diomansy Kamara was on his way at the end of the season. He was released without any great fanfare and had been tipped to complete a free transfer to Leicester City, where he had spent part of last season on loan.

It turns out Kamara has opted to sign a three-year contract with Eski?ehirspor, who were promoted to the Turkish top flight in 2008. For much of his four years at Craven Cottage, Kamara was frustrating and enigmatic. He had plenty of skills and could score some sublime goals, but too often he would go missing during games. He certainly wasn’t disciplined enough to lead the line for Roy but one could argue that he was jettisoned too quickly by Hughes at a time when we were short of strikers, especially after snatching a timely equaliser at Arsenal.

Things didn’t work out the way we might have hoped after Lawrie Sanchez flashed the cash at West Brom but we probably have Kamara to thank for our Premier League safety. That brace at Manchester City on that crazy afternoon was truly inspired and came at a time when the boys looked absolutely doomed. Then, there was the bicycle kick against Spurs when time seemed to be against us and that calm finish in Sofia that earned Fulham their first Europa League point. Plenty of fine memories – just a shame Dio couldn’t deliver a little more regularly. Good luck to him in the future, though.