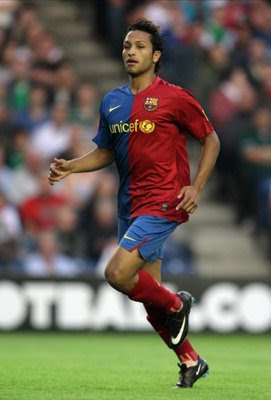 Jeffren, who starred in Spain’s successful European Under-21 championship campaign, is surplus to requirements at Barcelona and will be moving on this summer. Jol has already spoken at length about his plans to bring down the average age of the Fulham squad and sign promising players for the future. He will face stiff competition for the 23 year-old’s signature, however, with Liverpool known to be keen on signing the Spaniard.

Jeffren is currently considering his next month having turned down the chance to join Udinese as part of a swap deal for the coveted Alexis Sanchez. He has featured on the Barcelona bench over the past couple of seasons but has been told by Pep Guardiola that he won’t be breaking into the first team. Splashing £7m on a Barca prospect really would be a statement of intent from Jol.

Dave Kidd’s report also concludes with another link to Mounir El-Hamdaoui, although this time with an increased fee of £8million, which seems very steep.