Could it be Jol and Hughton? 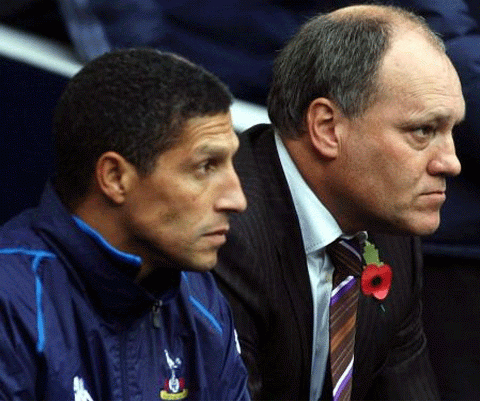 The Daily Mail are running pretty strongly with the Martin Jol to Fulham rumours and suggesting that the club are keen to appoint Chris Hughton as his number two, reuniting the pair from when they worked alongside each other at Tottenham.

The Mail suggests that Fulham chief executive Alistair Mackintosh moved for Jol once it became clear that Mark Hughes was on his way out of Craven Cottage. As many Fulham fans had predicted, Jol’s major concern about replacing Hughes centres around the kind of transfer budget that Mohammed Al Fayed would make available. The Mail puts Jol’s salary at around £1.5m, excluding bonuses.

Greater doubt surrounds the possible appointment of Hughton. The former Newcastle manager was quoted only this week as saying he had saved his apprenticeship as a coach and was looking to get back into management. Following his surprising sacking by Newcastle earlier this season, Hughton would probably prefer to rebuild his career with another managerial job rather than confining himself to a backroom role.