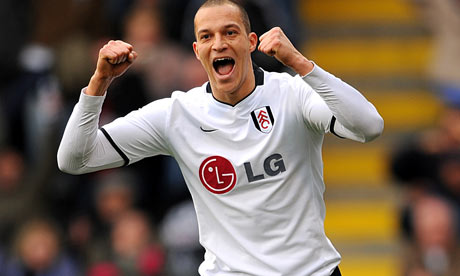 The Fulham striker, who scored 19 goals in an injury-hit campaign last season, is one of three new faces included in Capello’s first squad since the World Cup. Zamora, who scored the equaliser in Fulham’s 5-1 pre-season friendly success over Werder Bremen at Craven Cottage this afternoon, is joined by the uncapped Arsenal pair of Kieran Gibbs and Jack Wilshere.

Ten of the players taken to South Africa earlier this summer are not included for Wednesday’s warm-up for the Euro 2012 qualifiers. Zamora’s competition for a starting spot alongside Wayne Rooney comes from Sunderland’s Darren Bent and the West Ham striker Carlton Cole.