The big news in the football world today was Martin O’Neill’s departure from Aston Villa just five days before the start of the new Premier League season. But most football insiders weren’t too surprised that O’Neill resigned as it seemed he was becoming more and more unhappy at Villa Park. 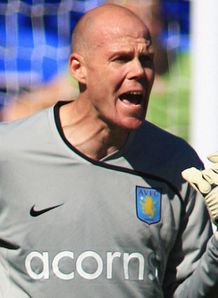 Was Randy Lender's readiness to accept a Fulham bid for Brad Friedel what prompted Martin O'Neill to leave Villa?

Speculation about the reasons behind O’Neill’s decision is just that at the moment but The Sun’s Ian McGarry outlined a rather worrying scenario on Radio Five Live tonight. During a Five Live Sport discussion on O’Neill’s resignation, McGarry revealed that his sources indicated that Villa’s willigness to sell Brad Friedel to Fulham – thus allowing Mark Schwarzer to move to Arsenal – was the straw that broke the camel’s back for O’Neill. Mark Hughes’ insistence that Schwarzer, who has been linked with a move to the Emirates all summer, was staying at the Cottage was perhaps the most interesting part of his start to his new job and, of course, there’s no chance of anybody uncovering whether any deals had been done. The rumour mill started whirring again over the weekend that Arsene Wenger could be preparing an improved offer for Schwarzer to test Fulham’s resolve.

O’Neill was a regular visitor to Craven Cottage towards the end of Chris Coleman’s tenure, fuelling speculation that he was about to take over from the Welshman. He had also been linked to the Liverpool job that Roy Hodgson ended up taking in July. Had he not been employed at the time of Hodgson’s departure, he would have been very near the top of Mohamed Al-Fayed’s shortlist for the Fulham job.