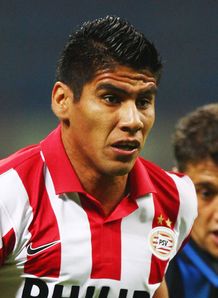 Fulham have agreed a fee of around £1.6m with PSV Eindhoven for their Mexican left back Carlos Salcido.

Salcido has yet to agree personal terms with the Whites, who have moved quickly to try and replace Paul Konchesky as their current left back is the subject of sustained interest from Liverpool. Fulham manager Mark Hughes insisted that Konchesky’s departure was ‘not a foregone conclusion because we’re trying to bring someone else in’.

Salcido, who has 77 caps for Mexico and was a regular in the national side during the recent World Cup, has made 121 league appearances for PSV in his four years at the Dutch club since signing from Chivas.