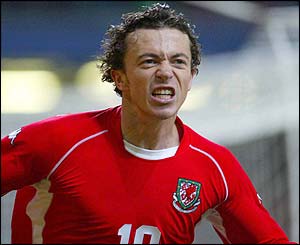 Simon Davies has announced his retirement from international football.

The Fulham midfielder’s decision was announced in a statement by the Football Association of Wales after Simon Davies withdrew from the squad to play Luxembourg on Wednesday.

Davies, who won the first of 58 caps for his country against Ukraine in June 2001, has been troubled by a persistent foot injury over the last year and a half and his last appearance for Wales – in March’s friendly against Sweden – was his first for nearly 12 months. Davies has decided to prioritise his club career and the news is a blow for John Toshack as he turns his attention to the Euro 2012 qualifying campaign.

The FAW statement reads as follows:

During the last 18 months, Simon Davies has been troubled with a foot injury and he has decided that in order to prolong his career, he will end his international commitments. The FAW would like to take the opportunity of thanking Simon for his service and wishes him well for the forthcoming season with Fulham.