Roy: We can’t afford to relax 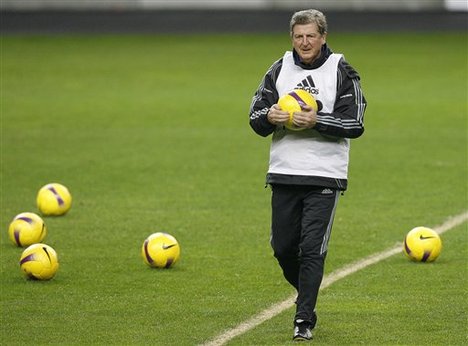 Roy Hodgson won’t allow his players to rest on their laurels as Fulham’s marathon season finally draws to a close.

Hodgson’s side consolidated position in mid-table with a point at Anfield yesterday but the Fulham manager insists that his players can’t afford to congratulate themselves on navigating a heavy schedule, securing Premier League safety and reaching the Europa League semi-finals just yet.

We cannot, and we must not, sit back and think what a great season we have had. We have to keep fighting and we have to keep our performance levels high right until the end of the season.

We must not relax or start reflecting on what we have achieved. The time for that will be when we are on a beach somewhere in June. For us it must be a case of performing in each game, and start planning for the next one the second it is over.

Hodgson heaped praise on his weary side for their defensive diligence at Liverpool yesterday afternoon.

I was concerned after the exertions in Germany but the players responded extremely well. You always have to be pleased if you go to Anfield and get a point.

Yes we had to defend for the majority of the game but we were very well organised and they did not have that many clear chances. The squad just keeps digging deep and I honestly do not know where they get it from. They deserve all the credit in the world.