Roy ready to rotate his side 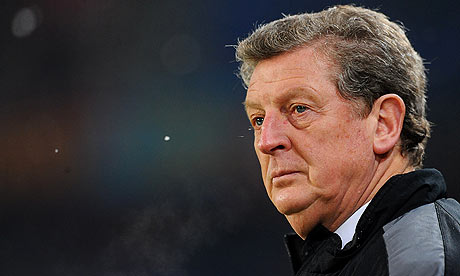 Roy might ring the changes with some key players carrying knocks

Roy Hodgson admits he’s ready to freshen up his Fulham side for their return to Premier League action at Liverpool this weekend.

With Fulham comfortably in midtable, Hodgson feels confident enough to ‘reassess’ the fitness of some of his key players who picked up niggles in Thursday’s outstanding win in Wolfsburg that has prolonged the Whites’ extraordinary season.

We have one or two players who took quite serious knocks in the game and we’ll have to re-assess. Luckily, we’re getting more and more players back to fitness and that will give me the chance to make some changes in the team.

I don’t think that it’s going to be possible even if I wanted to play the same XI, because I don’t think everyone will be recovered from this game and the knocks they took in it

I must admit I missed Brede Hangeland limping off at full-time and it makes sense to rest the big Norwegian if he’s carrying a knock. That may mean Chris Smalling partners Aaron Hughes at the back. The other injury concerns will be Simon Davies, who left the field in the second half clutching a damaged rib, and Bobby Zamora. The in-form striker is unlikely to be risked for fear of aggravating his troublesome Achilles.

The Mail also points out that Hodgson may be keen to rest others like Damien Duff, who has played three matches in the space of eight days. I should imagine Danny Murphy will be desperate to start against his old club though.