How’s this for a team to take on Wolfsburg tomorrow?

Ideally, I’d like to play Baird in central midfield – but Murphy and Etuhu seem to function much better alongside each other. Playing Dempsey at Hull would suggest that he’ll be on the bench to start with against Wolfsburg though I’d be tempted to give the American a run. Any other changes? 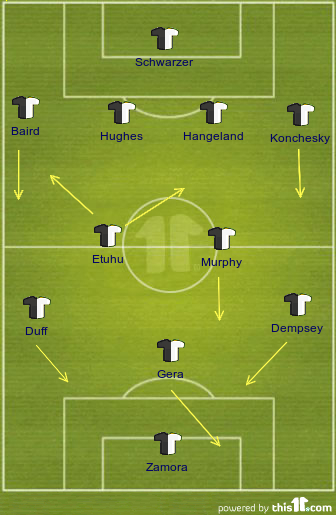