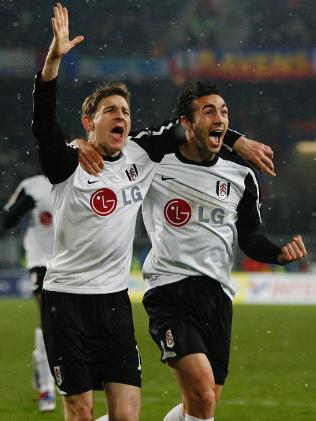 Zoltan Gera, who came closest to getting Fulham a goal at Hull at the weekend, is ready to turn his attentions to Thursday’s Europa League quarter final against Wolfsburg.

The Hungarian, rather ironically, says he’s ‘hungry’ to take on the German champions and extend Fulham’s incredible European run.

The next game is always the most important one but Thursday’s match is a big one, not just us, but for the Club and the fans. It’s already a big achievement to have reached the last eight of the UEFA Europa League but we’re still hungry.

Wolfsburg are a good attacking team that score a lot of goals. We need to be very careful against them because they have some top strikers and attacking midfielders. We need to defend well but they do concede so hopefully we can score some goals. It’s very important to keep a clean sheet in these types of games.

Hopefully we’ll play well against Wolfsburg on Thursday night and the fans are a big plus for us at the Cottage and they help us a lot. Hopefully the crowd will produce the same atmosphere as we had against Juventus.

Gera admits he’s having a much more successful second season at Craven Cottage.

I’m very happy this season. It’s been much better for me than last year, which was frustrating. I’m enjoying myself and it’s good to be playing in the team week-in, week-out. Now I have to make sure I stay in the team.