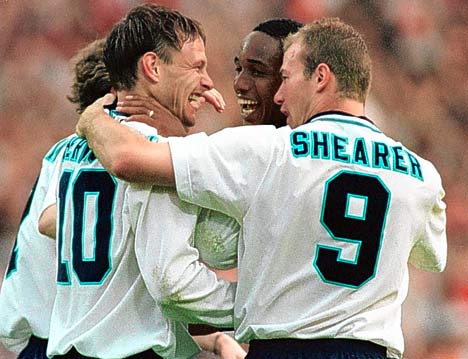 The former Tottenham and Manchester United striker, who played with the Fulham striker during their West Ham days, thinks Zamora deserves a England call-up. Sheringham, whose international career earned him 51 England caps (with 11 goals) and took him to three major championships, says Bobby would be an intriguing pick from Fabio Capello, who announces his squad for the friendly with Egypt at Wembley this weekend.

If you had said Zamora for England three months ago everyone would have laughed. He started off struggling but has scored plenty of goals lately and has come to the fore. I’ve seen him play and he’s an exceptional player, he’s got everything a centre-forward can have, and scores goals as well. I wouldn’t be adverse to throwing him in, he wouldn’t find it a problem.

He is the same type of player as Carlton Cole and Emile Heskey. Capello has a few games to look at the situation so why not give him a chance?