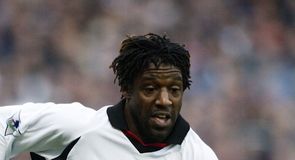 I always liked the fiery side of Fulham’s underrated full-back.

Best ”don’t you know who I am?” moment of the season so far came before Spurs’ defeat by Wolves on Saturday. Football legend (in his own mind, at least) Rufus Brevett had mislaid his media pass for a radio gig and was asked for his name. When the doorman demanded more information, Rufus modestly replied: “Google me”.

When I met Rufus he was fairly self-effacing and modest, but his tenacity was often on display as he threw himself into tackles against pacy Premiership wingers. Perhaps his biggest challenge came after Jean Tigana had helped him scale real heights during the Division One title-winning season and then went out and bought Jon Harley. Undeterred, Brevett kept his head down and trained as hard as ever, swiftly displacing Harley and keeping his place as Fulham’s first-choice left back in the top flight.