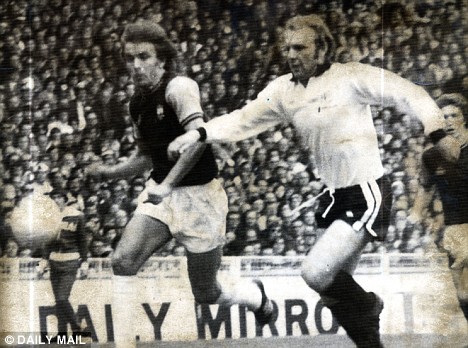 The Mirror’s new – generally excellent – football website has a small feature on how Fulham became a bit of a glamour club in the 70s.

I don’t really agree with the idea that our big names were going ‘curly at the edges’ as, even judging by the video footage of the time, the likes of Best, Marsh and Moore were still very impressive. They neglect to mention that Moore led Fulham to Wembley in 1975 where we faced his old club, West Ham, in the FA Cup final.

Typically, of course, it didn’t all go to plan. The boys ended up at the wrong end of the table, but managed to secure survival in their penultimate game of the season.