Pantsil wants to build on ‘best season ever’ 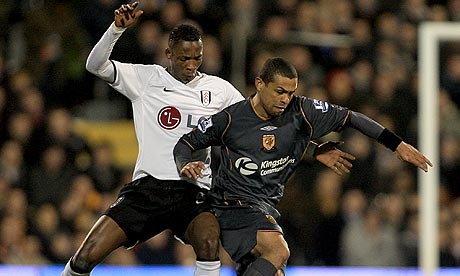 John Pantsil thinks Fulham can build on the foundations of their best ever Premier League finish and do even better in the coming campaign. The Ghana right back also wants to continue his own personal improvement, describing his first season at Craven Cottage as his ‘best ever season’ in the Premier League.

Pantsil, who played for Ghana in their World Cup qualifying campaign shortly after the English season drew to a close, has flown out to Australia for Fulham’s pre-season tour which begins next week against Gold Coast United. He has set some pretty high goals for the new campaign.

We had a really fine season the last term but every time you look to improve so hopefully we should do better than our 7th place finish.

Key to our season will be how we can keep our feet on the ground. After what we did last season it is important we play at a similar level.

On a personal level I just want to play good and improve on what I consider my best season ever in the Premiership.