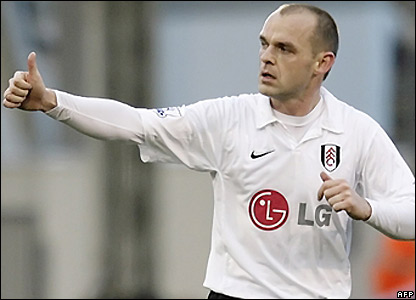 Danny Murphy has told his Fulham team mates that the biggest danger to following up their fantastic season with another strong campaign is complacency.

The Fulham captain, speaking before the Whites kick off their pre-season tour of Australia against Gold Coast United (the game kicks off in just over half an hour), said that it was vital that nobody could too carried away after the Cottagers finished in seventh last season and qualified for the Europa League.

People usually talk about trying not to wallow in self pity, but in our case we should be wary of wallowing in the success of last season, because that can be dangerous.

All of a sudden you start thinking ‘we’re a good team now’. But what we had last year – a terrific team ethic, and a desire to do well and perform every week – needs to continue otherwise we’ll come a cropper