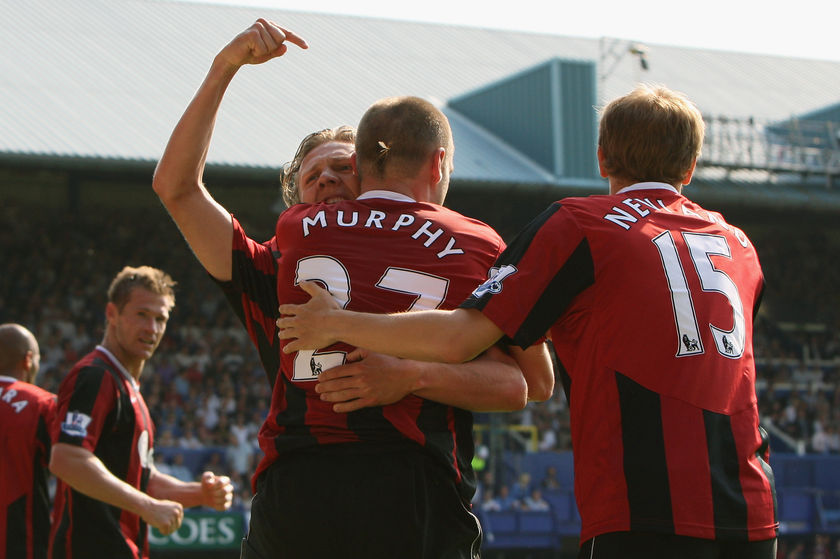 It’s nearly here. The new Premier League season starts tomorrow and I can’t be the only one who is still pinching themselves at the prospect of Fulham starting another season in the top flight. That’s not because I don’t reckon we’re worth a spot in the top division, but simply that before The Great Escape our position seemed so hopeless that I (and many others) had resigned ourselves to Championship football this term.

As befitting a side who scraped Premiership survival by their fingernails, there’s been a comprehensive overhaul of the squad. Mind you I could have written that sentence last season. Lawrie Sanchez deconstructed Chris Coleman’s stale squad, but replaced them with mediocre footballers or ones who only exist when they’re playing for QPR (yes, that’s you I’m talking about, Lee Cook). To his credit Hodgson recongnised that we badly needed a centre back and a holding midfielder when he joined the club last Christmas and went out and got them. The squad certainly has a stronger feel about it after a hectic summer.

We seem to have a thing for experienced goalkeepers. Maik Taylor kept goal for many years after a journeyman career (I remember David Mellor deriding his signing from Barnet – but he had a creditable Premier League career), Edwin van der Sar had years of continental experience before he signed from Juventus and in recent years we’ve had Antti Niemi and Kasey Keller vying for the number one shirt. Hodgson’s most astute signing of the summer might just prove to be Mark Schwarzer, the number one at Middlesbrough, who looks like the capable goalkeeper we need. Just as we were worrying about the prospect of David Stockdale being his only back-up, in came the veteran Swiss stopper Pascal Zuberbühler as well to make our goalkeeping sessions seem like a leisurely walk in an old people’s home.

Defence still remains the problem area for me and I’m not convinced that a full season of Brede Hangeland is enough to solve the problem. We conceded far too many sloppy goals last season and I would have liked to seen a commanding centre back arrive to replace Aaron Hughes. Nothing against the Northern Ireland international – who has probably beaten off a lack of competition to be my favourite Sanchez signing – but if we’re going to be aiming to avoid relegation battles we could perhaps set the bar a little higher. We do have more strength in depth – having a monopoly on right backs (Stoor, Pantsil, Volz and Baird) – and signing Toni Kallio on a permanent basis, but this is still our weakest link. Facing the likes of Torres, Ronaldo, Adebayor & co certainly sets the heart fluttering.

Midfield is the area where we’ve seen the most change. Pleasingly, Bullard sounds as though he wants to stay at the club now. Danny Murphy’s been made club captain, but the real joy lies in the signings Hodgson’s made to compliment those two. You always felt that the naturally conservative Hodgson had to fight his instincts to play Bullard and Murphy alongside each other and the deal for Adranik Teymourian, an underrated midfielder who covers plenty of ground and distributes the ball well, looks particularly good when you consider we got him for nothing. Ditto for Zoltan Gera, a talented footballer who looks good in a suit, according to Kilburn White on TIFF. But, of course, his passing ability and on-pitch intelligence will make him more of a hit with the fans.

With the departure of McBride, we were crying out for more firepower up front and Hodgson surprised us all by signing Bobby Zamora, a man who most Fulham fans despaired of when we were consistently linked to him during the summer. The initial reaction seems harsh when you consider that Zamora will work hard, has plenty of pace and – for someone who doesn’t strike you as a natural target man – will hold the ball up pretty well. The rapturous reaction was reserved for Andy Johnson, a potential England regular until a couple of seasons ago, who had fallen out of favour at Everton. The fee might seem inflated, but if he could bag 10-15 league goals a season it will be money well spent. What this means for the likes of Collins John, David Healy and (yes, sadly) Erik Nevland remains to be seen.

So, how high can we go? The optimist in me says we should set ourselves a decent target, although the top half looks a little far off even with the recent acquisitions. But the Premier League remains strong – and with defensive worries – it still looks like lower mid-table. At least now we shouldn’t be such a soft touch away from home and with a proud record of three consecutive away wins to protect, we should set foot onto the KC pitch tomorrow full of confidence. Fasten your seatbelts it should prove to be another thrilling ride!

WHAT THE ‘EXPERTS’ RECKON

The Independent – Signings suggest quantity not quality, says football editor Glenn More, but elsewhere in the paper someone tips us to finish eighth.

The Sunday Times – compares us to Gordon Brown. Thanks, a bunch. Still hanging on, apparently, but Joe Lovejoy reckons we’ll come 15th. Which will do me.

Setanta – Much depends on Andy Johnson. Tell me something else I don’t know.

Somebody at Sky Sports clearly doesn’t like us very much either. Under-researched and poor. Must do better.

But what do they know, eh?