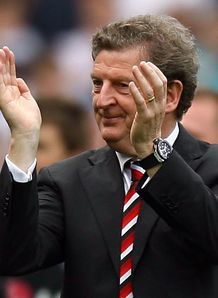 Hodgson ready to plot our progress at Hull

The first game of the season is nearly upon us.

Fulham start at newly-promoted Hull City, who probably think this is as good a start as they can get to Premier League life. An opportunity to test themselves against a side who finished just above the relegation line last year with a wretched away record, give or take those three wins on the road at the end of last season. They might be right, too.

There’s a theory that the opening day is worst time to face a promoted side. They are still on a high from last season, season ticket sales have been good, confidence is sky high and new signings are ready to prove their worth. Of course, the guys who have been there before are just as determined to prove they can cut it at a high level. Through no fault of their own even the most seasoned of managers won’t be able to work out how to attack these new sides until they’ve got two or three games under their belt. Hey, even Derby got a point on the opening day last season.

Comparing Hull to Derby would be harsh as well as wrong. The pundits might be predicting an immediate return to whence they came, but I wouldn’t be sure. They might just surprise a few people this season. It might be a quick reintroduction to Tony Warner, the man who started last season in goal for us so splendidly at Arsenal. But for those wretched blunders against Bolton and Middlesbrough, he might have heralded a very different season to the one that transpires. He’ll have to surpass Boaz Myhill, though, the man in possession – who’s been through three promotions to make it to the promised land.

Canny coach Phil Brown has recognised that living within your means is no way to plot Premier League survival. Just ask Watford. Just yesterday, he finalised two crucial deals. As we’ve already noted once today, defence is crucial. He’s added Anthony Gardner, once a promising prospect at Port Vale and now surplus to requirements at Spurs, to try and prevent the loss of silly goals. At the other end of the park, one-time Fulham target Marlon King, who only signed for Wigan last season, has joined on loan.

It’s not just those two we’ll have to think about, though. Peter Halmosi was one of Plymouth’s stand-out performers in the Championship over the past few years and will be in line to make his debut. George Boateng, who has amassed plenty of Premier League experience with Aston Villa and Middlesbrough, is a great signing and will add some much-needed steel to central midfield. Geovanni, the Brazilian, is perhaps the most exciting signing – a player of proven quality, who has the ability to produce the unexpected. Then there’s Bernard Mendy, once of Bolton and more recently a French Cup winner with PSG, who offers plenty going forward despite being a defender by trade.

Our first visit to the KC Stadium could be our third opening day defeat in a row. The memory of that late defeat at the Emirates last year seems positively glorious compared to the rout at Old Trafford the previous season. I don’t think Chris Coleman’s side ever recovered from having the stuffing knocked out of them inside 20 minutes. Tomorrow will be our first meeting with the Tigers since 1996-97, our promotion year from Division 3, when Hull failed to score in either fixture. My fondest memory of that season was Simon Morgan’s header in an end-of-season win over Hull at the Cottage, a Ken Coton print of which hangs on my bedroom wall.

Question marks still surround Hodgson’s strongest side. Will he select Stoor or Pantsil at right-back? I’d be tempted to trust the Swede, given our Ghana international’s penchant for potentially costly cock-ups. It looks as though the rest of the defence picks itself, with Hangeland and Hughes resuming what was, at the tail end of the season anyway, a very successful partnership in central defence and Konchesky on the left.

Midfield might answer some of the questions about how Roy plans to play this season. Andranik, stylish and so much more than a holding midfielder as many might seek to typecast him, must start to give us some solidity against opponents such as these. When you look at Andranik’s confidence in possession and the amount of ground he covers, it suddenly becomes clear why Hodgson decided to look well beyond the likes of Alexei Smertin, who started last season as the man in possession. Jimmy Bullard and Danny Murphy were so effective last season, but with Simon Davies producing such fine form as well, and Zoltan Gera to fit in as well could a five-man midfield be the way to go?

If it is, then Bobby Zamora will play the lone striker’s role. If Roy’s a little more adventurous he might partner our new signing with Erik Nevland, who announced himself as being worthy of the mantle of an ex-Manchester United forward, with those goals against Reading and Birmingham that kept our houdini act alive. I’ve a sneaking suspicion, however, that he might play Seol Ki-Hyeon (remember him?) as a second striker. That was the conclusion you could draw from the Torino friendly, but it could have been a double bluff. In which case, he’ll be among the seven substitutes from which Hodgson could attempt to change the game later in the piece.

All the questions will be answered come three o’clock tomorrow afternoon.