This week’s Cottage Talk podcast has just finished broadcasting, and as per usual it was a ninety minutes packed full of Fulham content. I joined Will Paul, journalist Dean Jones and host Russ Goldman to discuss the news of our success in the Dallas Cup and Hangeland’s new contract as well as the return of Bobby Zamora, before Russ presented an exclusive interview with player of the season-elect Sascha Riether and an in depth preview of the QPR game on Monday. Listen by checking below. 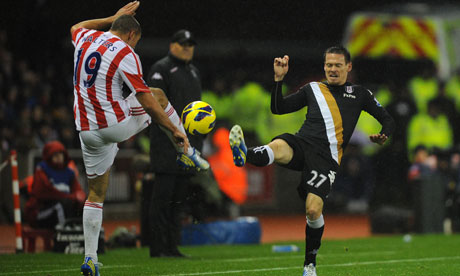 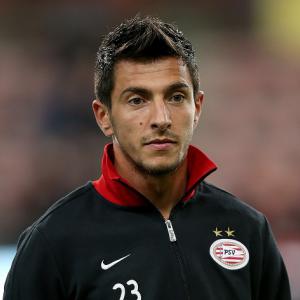 Riether keen to stay at Fulham

Sascha Riether says he would be delighted to turn his loan spell at Fulham into a permanent move at the end of the season.

The German full-back has been hugely impressive since joining from FC Köln in the summer and has played in all 29 of Fulham’s fixtures during the campaign. Reports from Germany this week have claimed that his parent club would like to cash in on Riether come the close season to fund some summer acquisitions of their own and the 29 year-old has admitted he would be keen to stay in London.

I can’t say where I will play next season. But I like to play in the Premier League, and here it’s a great club and we have great fans. I’m proud to be here. It will be the decision of the club and Cologne. They will speak together and in the end they will speak to me.

FC Köln confirmed that last week that Fulham have an option to sign Riether for  €1.5m written into the loan deal that took the former Wolfsburg full-back to Craven Cottage.

Fulham have €1.5m option on Riether

Reports in the German press claim that Fulham have a €1.5m option to finalise a permanent transfer for Sascha Riether this summer – and the full-back’s parent club FC Köln would like to complete a deal to boost their own transfer budget.

Riether has been a revelation at right back since joining Fulham in the summer and was outstanding in Saturday’s defeat by Manchester United at Craven Cottage. The former German international’s agent is quoted suggesting that Riether would be keen to return to FC Köln at the end of his loan, although he also stresses that the 29 year-old will make the final decision about his future.

FC Köln’s sporting director Claus Horstmann discloses that he last spoke to Riether in September and confirmed that Fulham do have an option of securing Riether’s signature for what seems a bargain price of €1.5m. Given the praise that Riether has attracted already during his short spell in England and that Fulham let Stephen Kelly join Reading towards the end of the transfer window, you would expect the Whites to be keen to agree a long-term deal with the loanee.

Fulham manager Martin Jol was quoted in January as saying he would be keen to sign Riether, who has played in every game for the club this season, on a permanent basis:

Sascha Riether has done a great job for us. He’s enthusiastic, mobile and aggressive. I only wanted him on loan because you never know how they’ll do. If he carries on like this we will make our mind up and try to extend it or buy him.