It must have had something to do with the return of Brian McBride. Fulham, so lethargic and feeble in the first half as Preston North End’s mesmerising football saw them score twice in seven minutes, were gradually awakened once Tom Cairney was reunited with Kevin McDonald in central midfield. Slavisa Jokanovic’s side gained real belief when Oliver Norwood stepped up to score from the spot but, despite relentless pressure, an equalised looked out of reach until the previously faultless Chris Maxwell juggled Tim Ream’s deep cross and Denis Odoi pounced. An injury-time equaliser hasn’t been so wildly celebrated at the Hammersmith End since Cairney’s majestic curler that precipitated Leeds’ laughable slump to seventh place.

That Fulham’s salvation arrived in the 96th minute greatly exercised Alex Neil, who remonstrated with the home fans behind the dugout when they grew tired of Preston’s cynicism. The former Hamilton Accies boss was adamant that Darren England, who appeared to have left his yellow card in the Cottage during the first half, should have blown up after the five indicated minutes. As Neil reflects on how Preston, who looked so sublime with a combination of pace and unremitting pressing, squandered such a dominate position, he would do well to remember that, without the gamemanship that crept into North End’s game, the added time would not have mattered.

The visitors were vibrant from the off, with Tom Barkhuizen almost punishing a short back header from Tim Ream, but David Button scampered off his line. Barkhuizen sent a free header wide from Daniel Johnson’s cross, before a sixty-second spell that summed up the fine margins of the Championship. Fulham, who had gone close through Norwood and Rui Fonte, looked certain take the lead when Ryan Sessegnon athletically evaded a late lunge from Callum Woods and saw his cross parried away from Marshall, but the Preston something beat away Norwood’s strike with his right hand with Floyd Ayite’s acrobatics only troubling the Putney End spectators.

Preston went straight down the other end and scored. Sean Maguire was a yard offside when Ben Pearson’s pass sent him clear and the Irish forward made the most of his good fortune by supplying Jordan Hugill for his sixth goal of the season. Fulham were in shock and, after Norwood was played in trouble, Alan Browne should have made it two after being played in by Johnson’s clever pass but Button bailed out his side with a smart save.

The home side’s reprieve was short-lived. Barkhuizen found it far too easy to cut inside Ream and fire at goal from the edge of the box, with Button beaten by the deftest of deflections off Maguire. The former Cork City forward soon made an early departure, limping off clutching his hamstring, but the game followed largely the same pattern. Preston looked like they could score at will, with Browne nearly punishing a miscued Button clearance with an outrageous lob from 40 yards that brought former North End loanee David Beckham to mind. At times it seemed as though Kevin McDonald was the only man in a white shirt as he appeared to be covering each blade of grass. The midfielder was denied just before the break by another splendid save from Maxwell.

McDonald was still imperious in the second period but Fulham were fired up by Jokanovic’s own version of the hairdryer and 45 minutes from Cairney, who is clearly still working his way back from that knee injury. The hosts began at quite a pace with Fonte fizzing a 20-yarder fractionally over the bar and when McDonald bent a beautiful effort past Maxwell but saw it come back off the post there was a sense that this might just be one of those days.
Former Manchester United midfielder Josh Harrop spurned a couple of good chances in quick succession, but Fulham were gradually gaining momentum.

Fonte, who had pulled Preston’s centre halves from pillar to post in a desperate bid to get Fulham back into a game that appeared beyond them got his reward for persistence when another intelligent run was spotted by Ayite and some swift footwork enticed Woods to make an ill-advised lunge at the ball. It was a clear penalty, but the drama came after the award. Fonte wasn’t entirely keen to take it following his miss at Loftus Road and Floyd Ayite found himself with the ball in hand, but Norwood intervened and coolly converted the spot-kick, sending Maxwell the wrong way with real confidence.

Norwood kept finding himself in advanced positions. His snapshot from 20 yards almost embarrassed Maxwell, who grabbed it at the second attempt, but the Northern Ireland midfielder looked certain to provide the equaliser in the final minute of the ninety, when Cairney’s lofted pass located Odoi well forward on the right. The Belgian’s header back across was begging to tucked home from close range but Norwood failed to get a telling touch, ending up in the net instead of the ball. Maxwell stayed down for an age clutching first his head and then his knee, neither of which felt the impact of Norwood’s challenge and there was some irony, therefore, in the Welshman’s eventual clanger. With what seemed destined Fulham’s final throw of the dice, Marshall came charged out to collect Ream’s cross and spilled it at the feet of Odoi, who made the matter of finding the net look ridiculously easy. 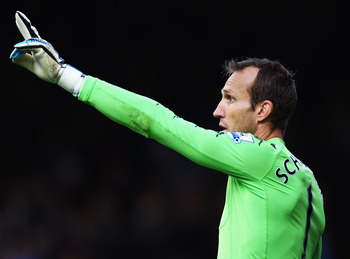 Clint Dempsey was delighted to be able to help Fulham to a much-needed victory over Wigan Athletic this afternoon.

Fulham were on the back foot for much of the encounter, but Dempsey’s opening goal just before the break gave them the cushion of a lead to cling to. The midfielder’s close range strike drew him level with legendary former Fulham striker Brian McBride on 36 Premier League goals – the joint-highest for an American – although Dempsey felt the three points were far more important.

I’m happy we got the points today and I’m sure people back home in the States like to see me doing well.

The good thing is that after losing at home against Everton we’ve bounced back with a win away today. Now hopefully we can push on.

The funny thing is we’ve played some good football in the last few weeks and not got the results, whereas today we may not have played our best but we got the points. It’s crazy how it works sometimes.

Hopefully we can take some confidence from grinding out a result today and keeping a clean sheet. Now we’ve got to push on.

The Norwegian international was quoted earlier this week as saying he was enjoying his time with the Championship club and was eager to stay at Fratton Park for longer than the short-term deal initially agreed between the clubs. Jol is honest enough to admit that he knows has better midfield options than Riise and would be happy to lengthen his loan, which currently runs to November 7.

For him it’s very important that he will play. When we took him he was playing in the national team and one of the best players. He’s been a bit unfortunate with injuries and players in his position who are better. I thought it was a good thing for him to go on loan and I’d be willing to extend it.

A round of golf with Brian McBride 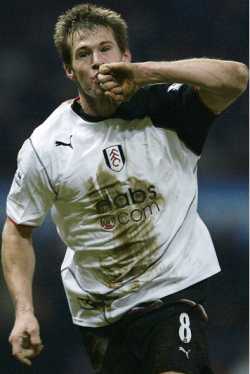 Among the interesting snippets are the fact that he has the highest regard for his first coach at Fulham, Chris Coleman:

A great communicator. He understood there was a time to have a laugh and a time to get serious.

What shines through in this short – and largely, non-football related – piece is the two qualities that really endeared McBride to the Craven Cottage faithful: optimism and determination. What I wouldn’t give to still see him pull on the black and white shirt.