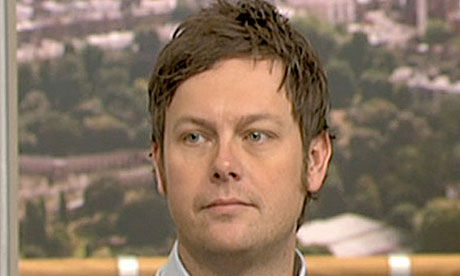 You can read Dan Crawford’s personal memories of Danny here. Danny’s colleague at the Daily Star, Brian Woolnough, has wrote this eloquent piece and Ollie Holt, then of the Daily Mirror, dedicated a lovely column to Danny here.

Danny was afforded excellent care and support from The Maggie’s Centre on Fulham Palace Road throughout his illness. His family and friends would welcome donations to Maggie’s Centres, who gave both Danny and those who he loved such splendid support during his illness. You can send a donation via Lodge Brothers, 7 Green Lane, Shepperton Middlesex, TW17 8DP. The telephone number is 01932 220081.

Danny’s friends and family have set up the Fearless Foundation to ensure his legacy facilitates opportunities in sport and the media for future generations. The Fearless Foundation partners with the Fulham Foundation to provide football coaching opportunities to students and, together with the Fulham Supporters’ Trust, the Football Writers’ Association and hammyend.com, also offers an induction programme for aspiring journalists.

The Fulham Supporters’ Trust presented Danny’s family with a signed first-team shirt before Fulham’s home win over Hull City, which was especially poignant because Danny began his journalism career at the University of Hull and the Hull Daily Mail, earlier this season. We were very grateful to Fulham Football Club for helping us demonstrate that Danny remains in the thoughts of Fulham fans and also thank Fulham FC for running a piece in the programme ahead of the draw with Derby County promoting the fundraising evening run for the Fearless Foundation in November.

The Trust, alongside this website and Fulham Football Club, look forward to working with the Fearless Foundation in the months ahead. Danny’s parents, Jim and Sylvie, his son Edward and sister Jo are very grateful for the ongoing support of the Fulham fans and for all your memories of Danny. Danny’s son, Edward, and his mother, Sylvie, are pictured below with Fulham captain, Tom Cairney, following a home game at Craven Cottage last season.

Anyone who would like to contribute to the ongoing work of the Fearless Foundation should contact the Fulham Supporters’ Trust.