Malone says Smith can step up for Fulham 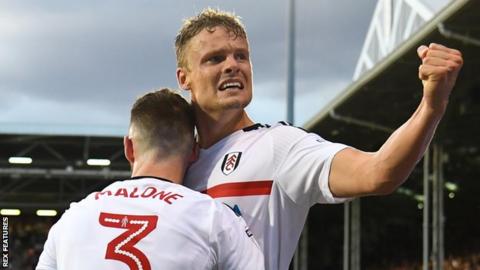 Scott Malone has backed Matt Smith to step up to the plate as Fulham seek an alternative source of goals after want-away striker Chris Martin downed tools.

Martin told Slavisa Jokanovic that he wished to annul his current loan spell at Craven Cottage and return to Derby and also claimed he was injured, but Fulham have given both suggestions short shrift. With Martin unwilling to play, Smith returned to the starting line-up for Monday’s narrow defeat by Brighton and Hove Albion and had a tough afternoon against Lewis Dunk and Shane Duffy.

I think Matty played exceptionally well against two of the best centre halves in the league. Up until he went off, he did really well. He’s more than capable (of replacing Martin). He was tremendous in the first seven or eight games so he’s more than capable.

The former Cardiff City defender admitted he was disappointed to lose a game that Fulham had largely dominated, but insisted the Whites need to quickly turn that control of games into victory if they wish to pursue a genuine promotion push.

We’re not scoring as much as we’re creating. They’ve had one shot on target and a penalty and they’ve won 2-1. I don’t know what to say. We’ll have to move on.