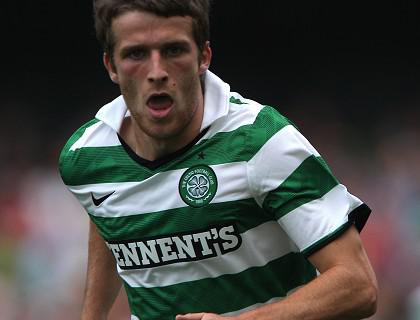 Fulham have been linked with a January swoop for Celtic’s teenage defender Adam Matthews.

The west London club will face competition from Everton in the race to sign the 19 year-old, who has proved an instant hit at Celtic Park having signed from Cardiff City in the summer for just £200,000. According to the Sun, Matthews has told his friends that he is no hurry to leave Celtic, although a big money offer may force the club’s hands. The newspaper speculates that a £5m bid could prove too good to turn down.

Matthews was initially signed as a promising youngster but has made an immediate impression, keeping the experienced loanee Badr El Kaddouri out of the side. His versatility has also impressed Neil Lennon, with the Celtic manager using the Welsh international at left back after an injury to Emilio Izaguirre. Fulham are reportedly keeping a close eye on Matthews who has already won four caps for his country, having had him watched by their scouts five times during the course of this season.

Matthews has made 18 appearances in his first season for Celtic, after playing 48 games in his two years with Cardiff, scoring one goal.