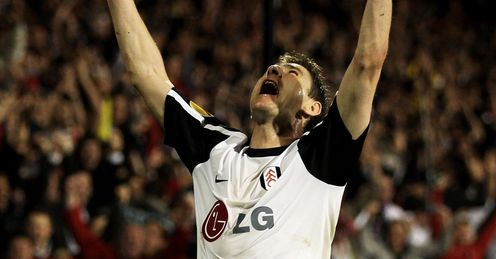 Any hope that Mark Hughes’ departure might make Zoltan Gera think again about his plans to leave Fulham appear to be dashed by the news that the Hungarian midfielder is in talks with West Brom about a return to his old club.

A move to the Hawthorns would, of course, re-unite Gera with Roy Hodgson, the man who brought him to Craven Cottage on a free transfer in 2008. The 32 year-old made 155 appearances in his four years with the Baggies and apparently keen to return. It’s not difficult to see why. Gera endured a frustrating season with Fulham, especially after his European exploits had made him a firm favourite with the Fulham fans.

Largely left on the bench as Clint Dempsey was preferred as a replaced for the injured Bobby Zamora, Gera made just 32 appearances for Fulham last season, many of them fleeting cameos as a substitute. How sad it would be if his last contribution was that desperate challenge against Arsenal that saw him sent off on the last day of the season.